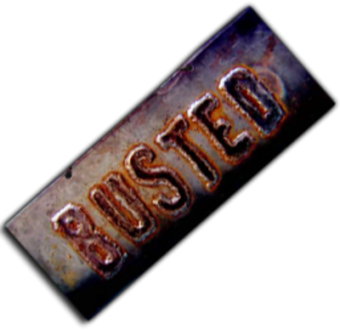 At 21, I was the president of a company that I helped take public. We had a couple of hundred employees, several offices, and not unlike most Internet companies, no earnings. A year later, I decided to buy my first home. The purchase price was much more than I could afford, and it took three mortgages to get the deal done. I had five cars that all had notes, and a lifestyle I could not afford. There are probably posters still floating around with my face on them, and the caption, “Live the American Dream; Spend More Than You Make.” Needless to say, less than three years later, I was broke. All of my cars were repossessed, and I narrowly avoided foreclosure. Over the next several years, I painfully managed to pay off all my creditors and become debt free. Thank you Dave Ramsey.

More than a decade later, I found myself in a similar situation for a much different reason. I bet it all on a company that I knew would be successful. However, my lack of experience, and market conditions, put me in a very compromising situation. I owed millions, and the economic vacuum that existed within our company would not allow us to pay down debt, and make money simultaneously. I had two options; sell the business, or file bankruptcy. Each had it’s advantages, and although there were two options, I had only one choice.

Being an entrepreneur, and being a good money manager are two very different things. The former requires vision, dreaming big, and action. The latter requires discipline, determination, and a plan. However, both require math, as does just about every aspect of our lives. I have to work very hard to stay disciplined in my spending, however, in order for us to rebuild America together, we must develop and maintain healthy personal and professional budgets. It doesn’t mean we can’t have what we want, but it may mean we have to wait. Waiting isn’t so bad.